Early this morning, just after 5 AM, we slipped quietly out of Papeete, on our way to Moorea. Had we sailed directly there, it would’ve taken, maybe, 30 minutes. But, since we were not scheduled to arrive until 8:30 AM, the captain sailed around in open ocean for a while.

I mentioned hot and steamy. How about 90/90, ninety degrees and 90 percent humidity. A nice afternoon rain would be welcome about now.

Once we were anchored, the ship used tenders to take us ashore.

Here you can see the tender heading in to Moorea. These tenders are also the ship’s lifeboats, so they serve a dual purpose. Bill and I let the early morning rush to shore subside before we headed in.

Bill was amused by this picture. He thinks I have Mickey Mouse ears.

And here is a view of the ship from the tender on our way in.

Here are a couple of pictures of the surrounding landscape. Unlike its neighbor, Tahiti, Moorea does not have a city. There are just small villages situated between those rugged peaks and the ocean. 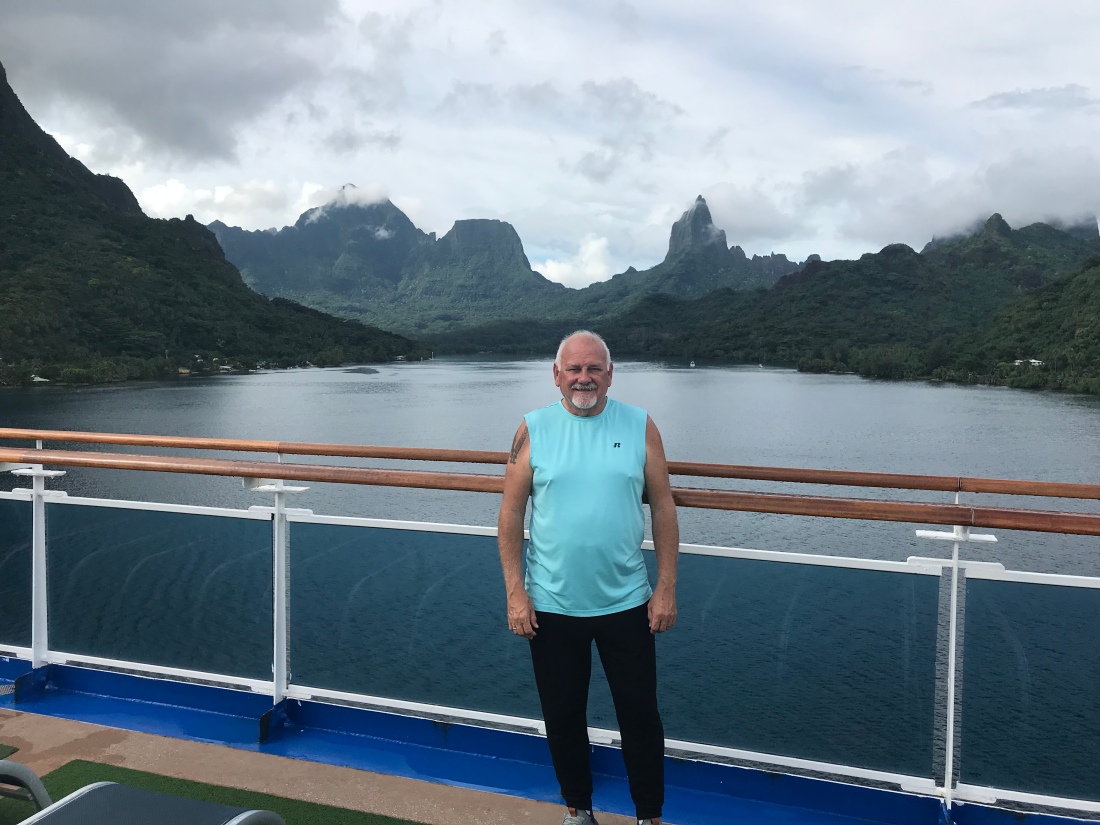 We took a taxi to a nearby white sand beach. The water was beautiful and warm. Although, since the day remained overcast, the water was not the brilliant blue it can be. We sunned on the beach, went swimming and read for a couple hours. 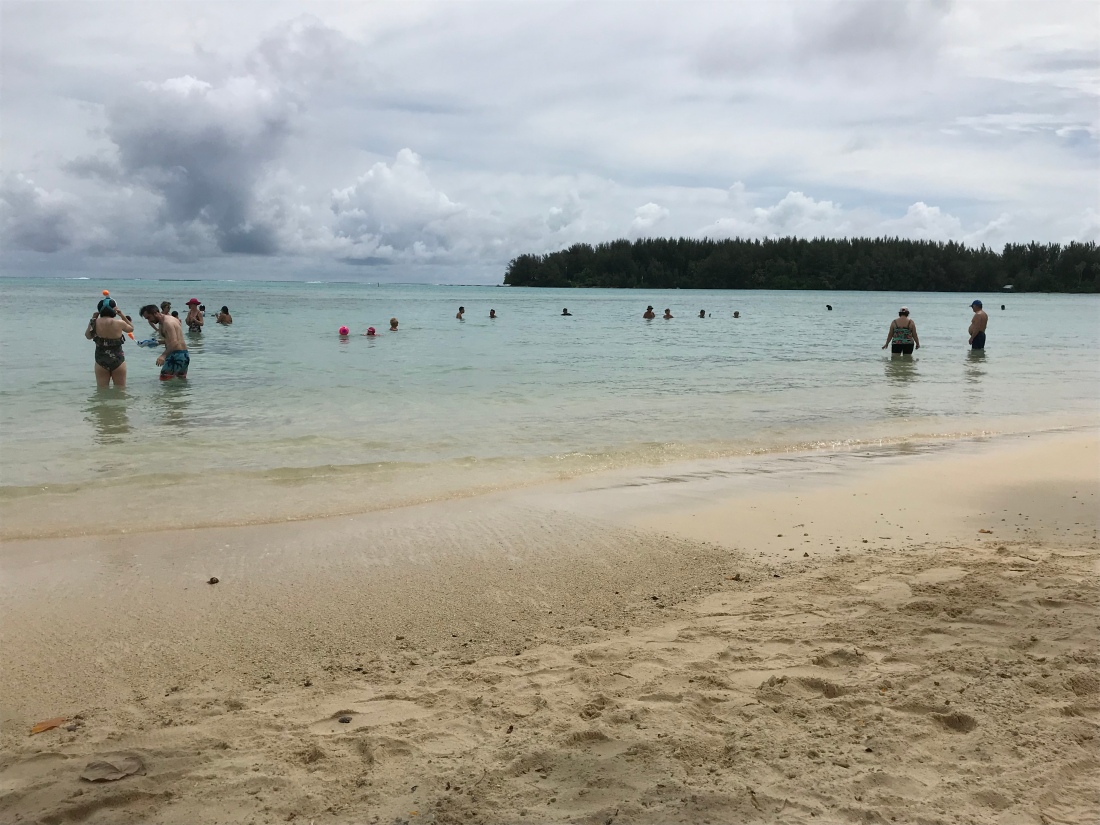 After the beach we had lunch at nearby restaurant and headed back to the ship, where Bill is watching the afternoon movie, “50 First Dates” and I am trying to get this posted before we set sail for Hawaii.

Well that is all for the day. We are in Hawaii the 28th and 29th. Until then!