We arrived into Auckland about 8 AM. On our way in, we passed an island at the entrance to Hauraki Gulf. We were rewarded with a beautiful sunrise. I know that I post a lot of sun rises and settings, but I do enjoy them.

As we approached Auckland, were headed straight to the downtown.

We would pass just beyond that row of cranes behind me. As we sailed past this ship, I was intrigued. Evidently it is for vehicle transport. I think it is a bit odd.

We moored at the berth right next to the ferry building, which was good, because we were taking the ferry to Waiheke Island for our Taste of Waiheke Tour, which included 3 wineries, an olive oil production facility and lunch. 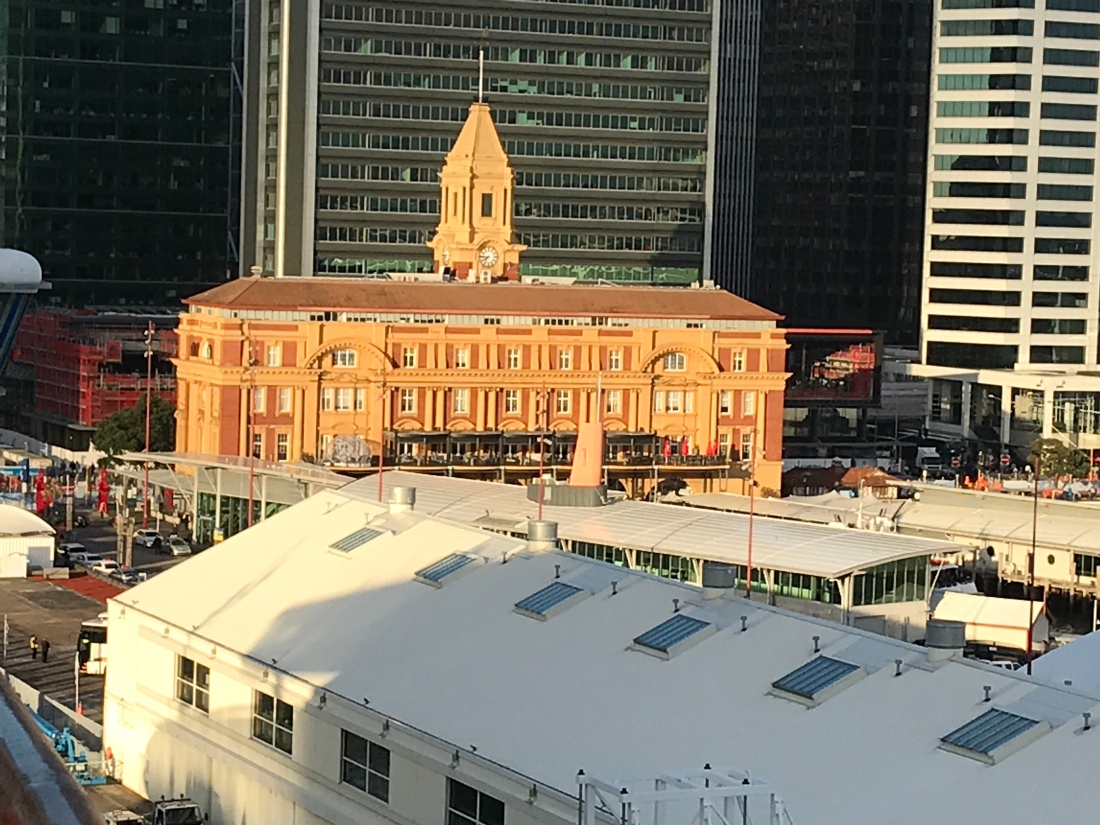 This is the ferry terminal building was completed in 1912 on reclaimed land out of sandstone and brick. it is on the New Zealand list of protected buildings. The actual ferry piers are just in front of the building. The terminal building itself has numerous restaurants and shops.

We rode to Waiheke Island in the interior of a modern ferry and I didn’t see any photo ops. Once on the island, we were picked up by our guide and we set off for Stonyridge Winery.

The wines were nice, but since we already had so many bottles, we didn’t buy any there. But we did have a moment with the cat.

and took some nice pictures of the roses at the ends of vine rows.

As usual, Bill knew their names.

I did not. At Stonyridge, we were lucky to see the harvest of oilives on the many trees surrounding the vineyards. Apparently they utilize backpackers, to help with the harvest. A canvass tarp is placed under the tree and then the worker uses an automatic shaking device to free the olives.

The winery sells the olives to the nearby Rangihoua Estate, the next stop on our tour. At Rangihoua, we tasted several of their olive oils and bought a couple to take home. We were again lucky since they were pressing the olives, when we arrived. 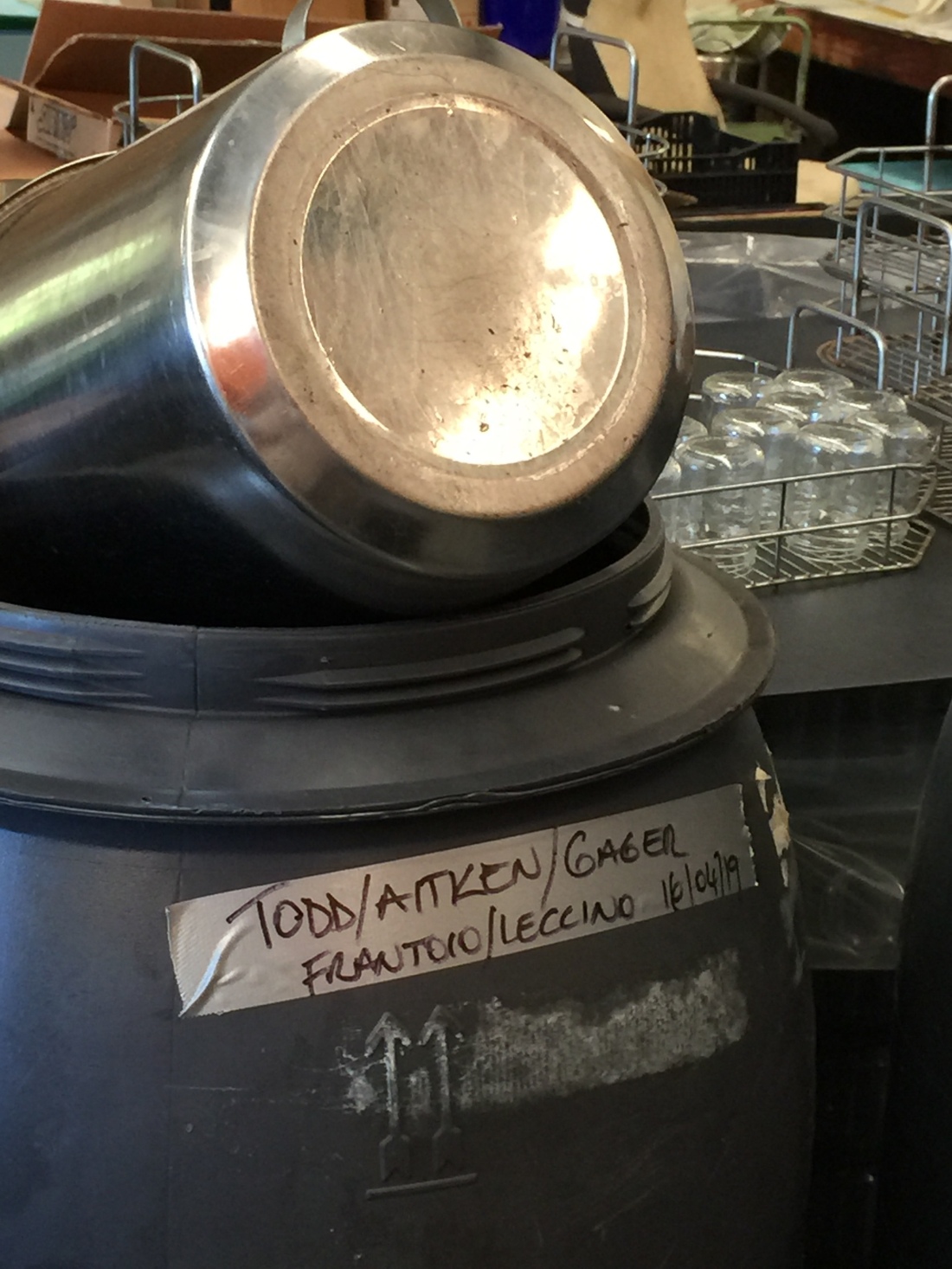 The 11.844 Kgs dumped into barrel with dates and processors name.

After leaving Rangihoua, we drove to casita Moro, a Spanish style vineyard. Here we had Spanish tapas paired with our wine tasting. The owners are New Zealanders, with a love Spanish wines and foods.

With our bottles of Madame Rouge and Summer Aphrodisiac

I am taking a picture of the label of Summer Aphrodisiac. The wine maker is giving it some pretty special attributes.

Our last stop was at a spectacular vineyard high up above the sea. the wines were nice, but we really have enough already onboard. But the views were stunning. 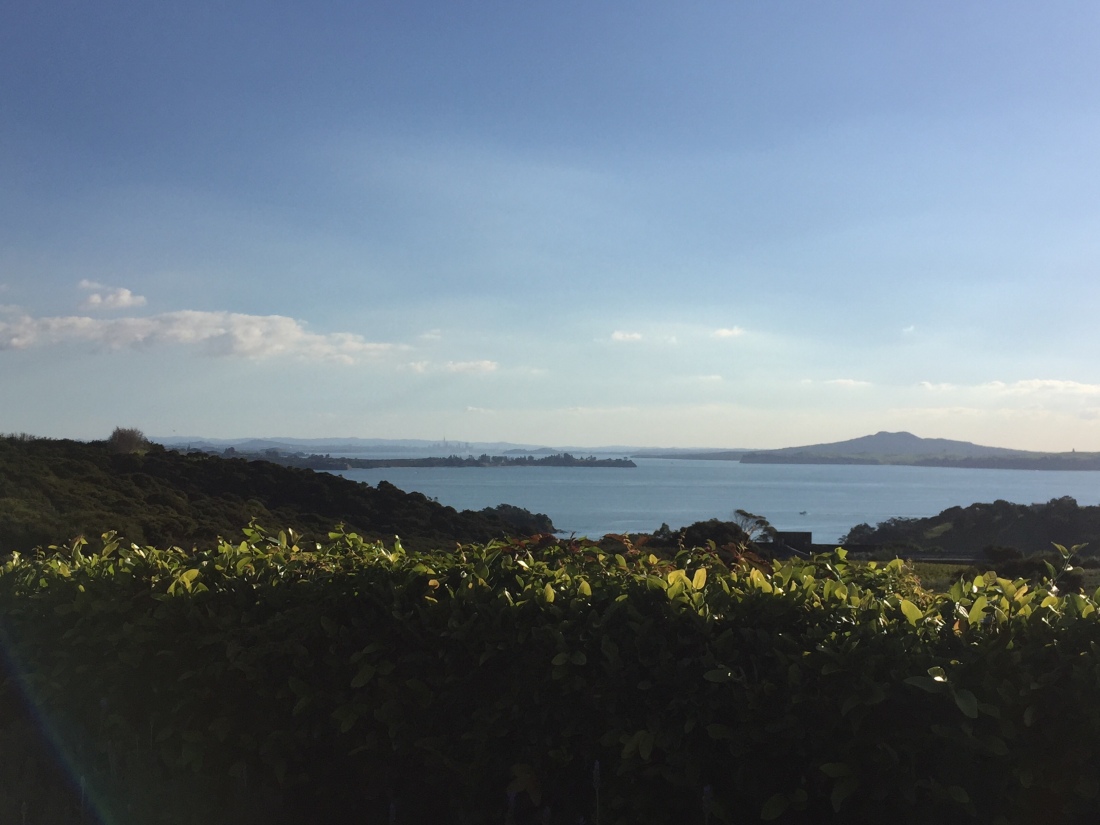 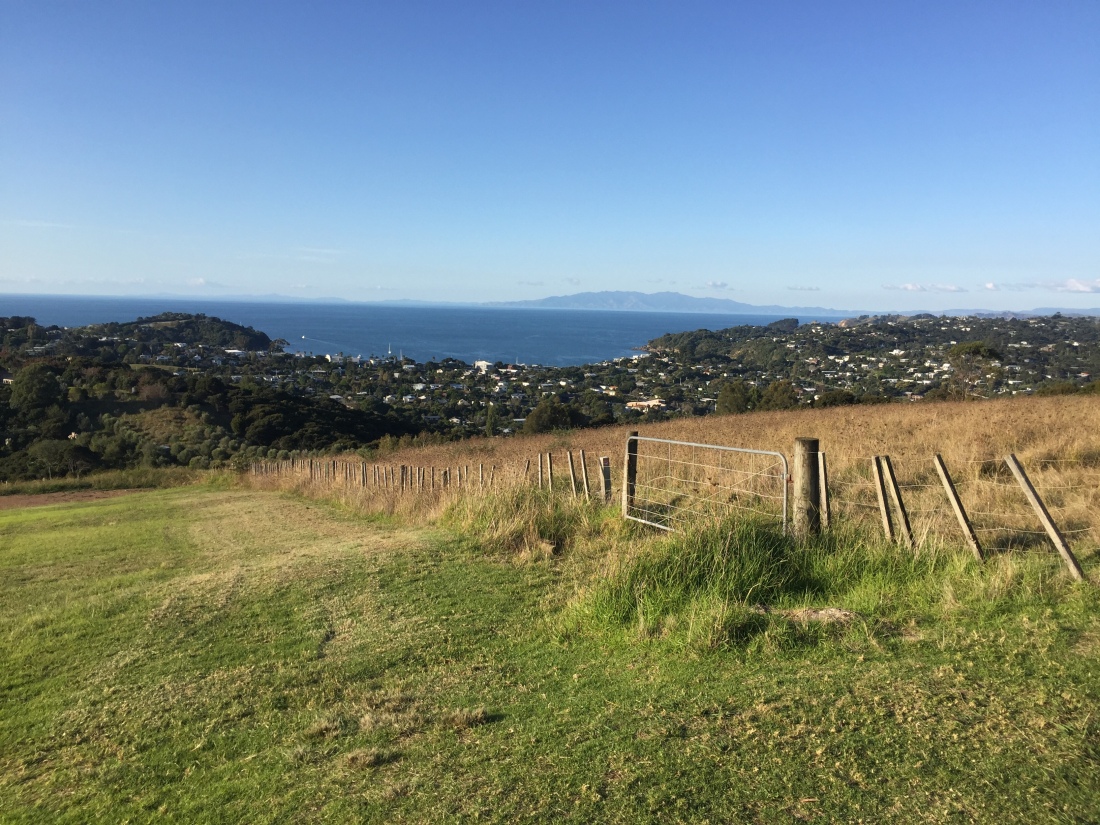 All in all, a beautiful day. We are now back on the Golden Princess. Preparing to depart for French Polynesia. We will post then.

One thought on “Auckland and Waiheke Island”