After a smooth overnight passage, we arrived in the village of Akaroa. There is not a pier or wharf long enough for our ships, so we anchored out in the bay, and used tenders to shore. 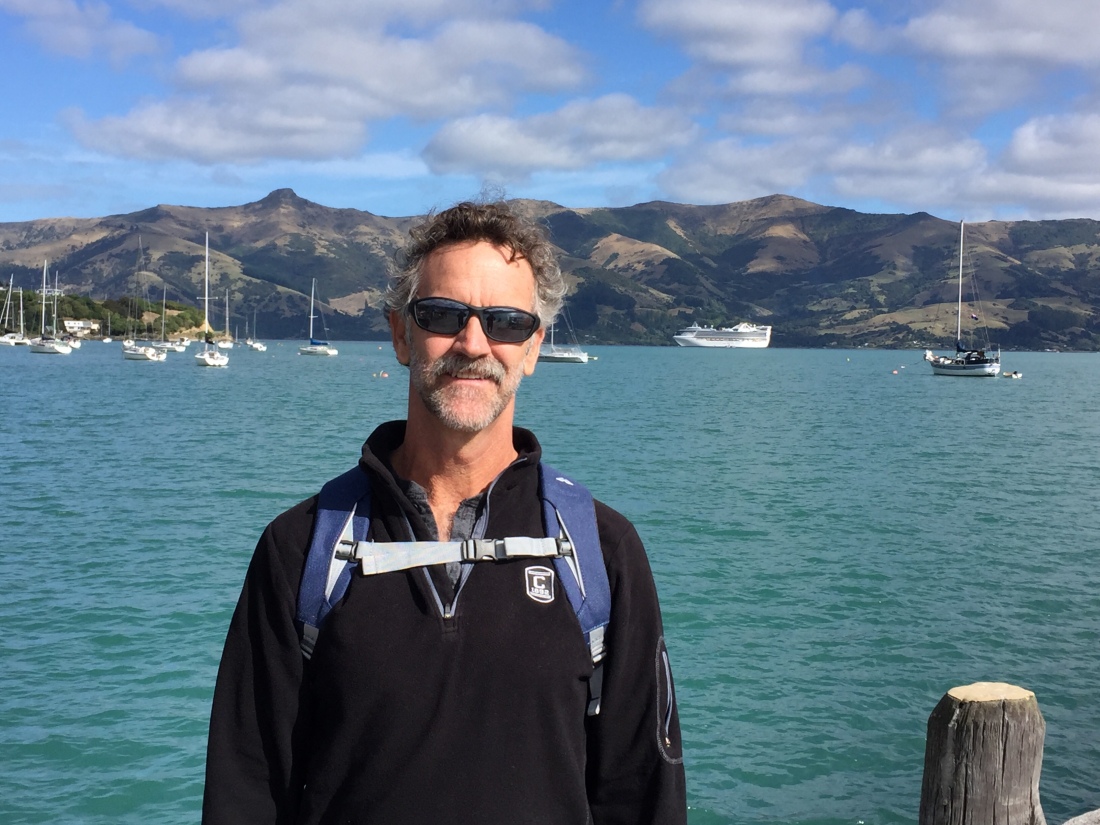 Bill on the pier, with the Golden Princess in the background.

After arriving on shore, we walked along the waterfront checking the water front stores and choosing a restaurant for lunch. 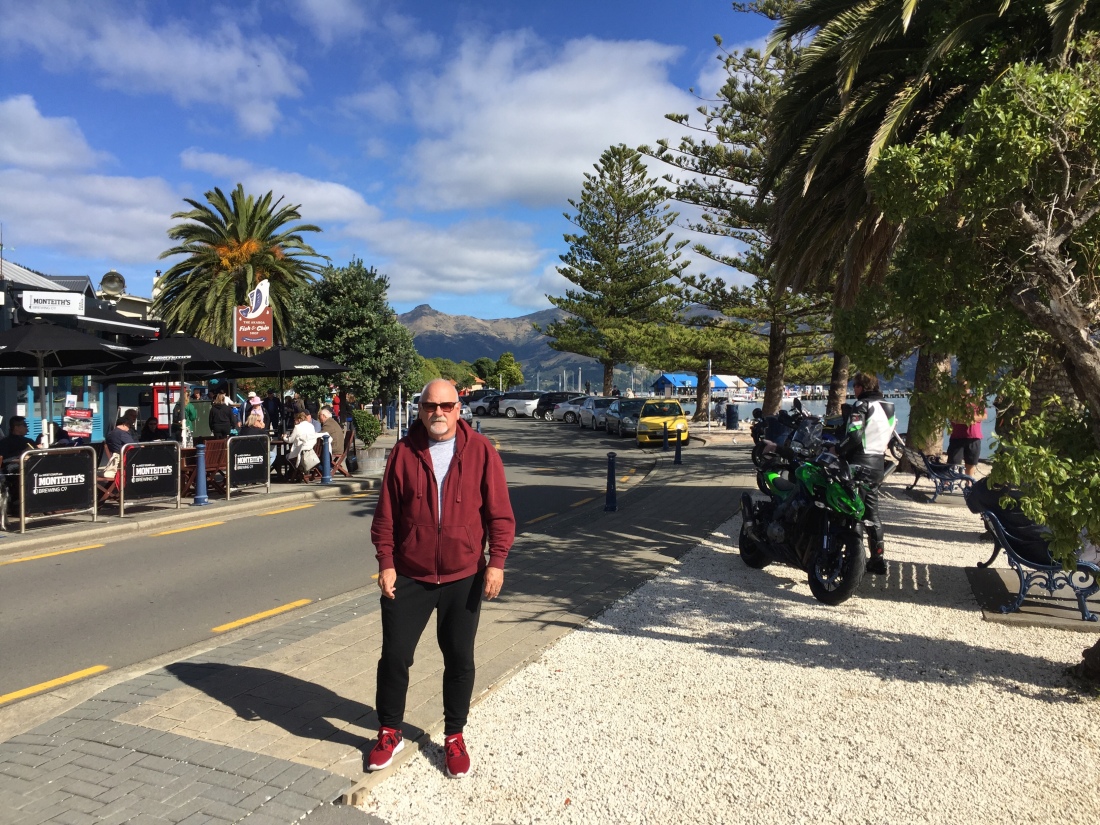 Clearly the town is keyed toward the tourist trade. In fact, our ship was the last of the season, and after we departed, the villagers planned a festival celebrating the end of a successful tourist season. We were not invited,

After lunch we joined a small group to do two wine tastings. Our first stop was French Peak Winery, owned by our tour guide and her husband, who is the wine maker.

Here we are in the tasting room, Renan, the winemaker and his wife, Joey. We tried their Rose’ from Pinot Noir grapes, an oak aged Chardonnay, and their, 2108 Pinot Noir Partage, just bottled last week.

After French Peak, we drove down to the waterfront for a little picnic. 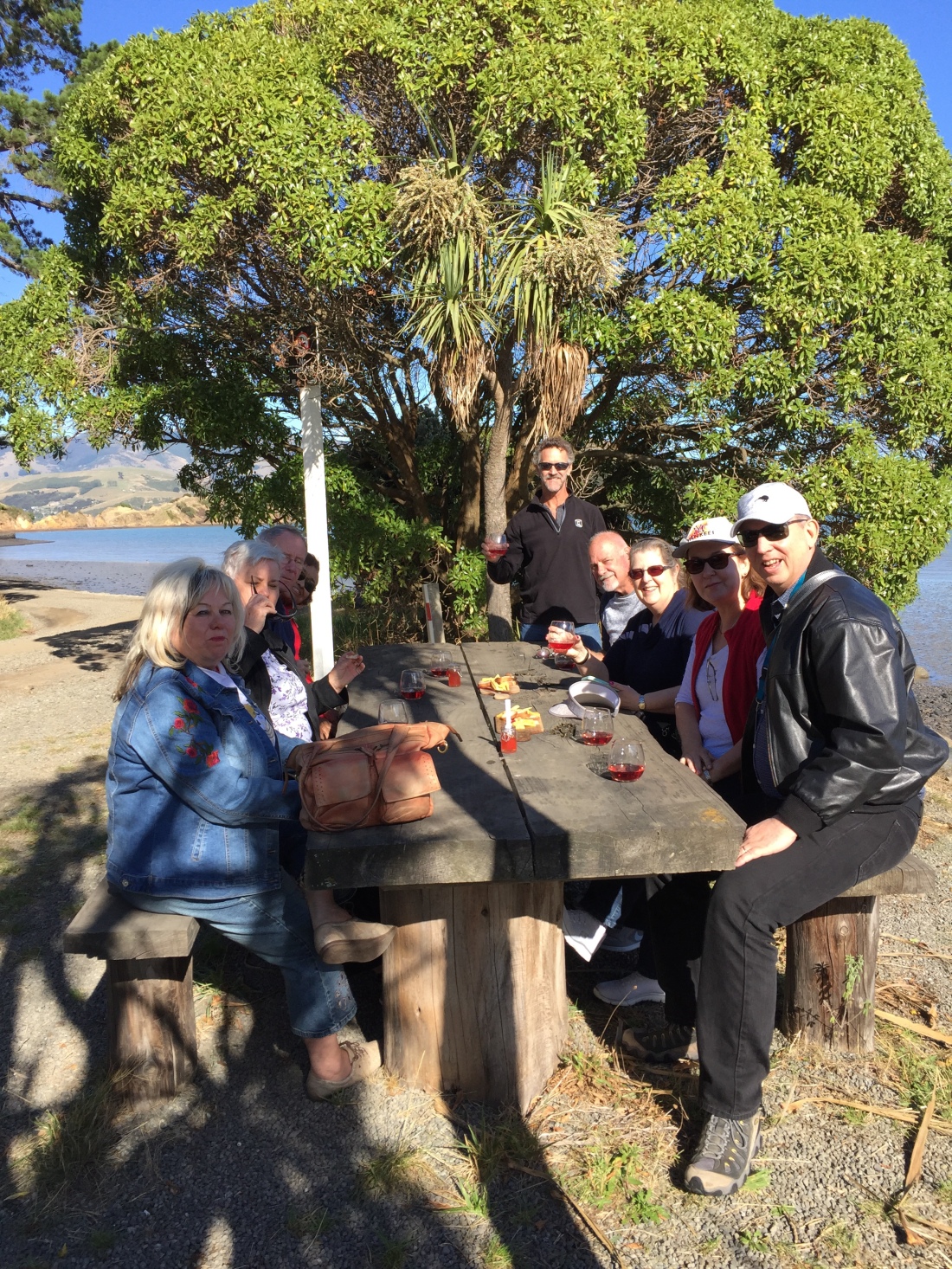 Here Joey serves cheese, local olives and breads, served with a Rose’ from a nearby winery, Black Estate. That winery is too far of a drive, so we got to taste, but not visit.

The last winery was high on the hill overlooking the village and bay. The owner, is a retired architect and his house on the side of the hill was evidence of his skill and taste. The winery is Meniscus, known for their Rieslings. They were great and we bought a 2016 vintage. 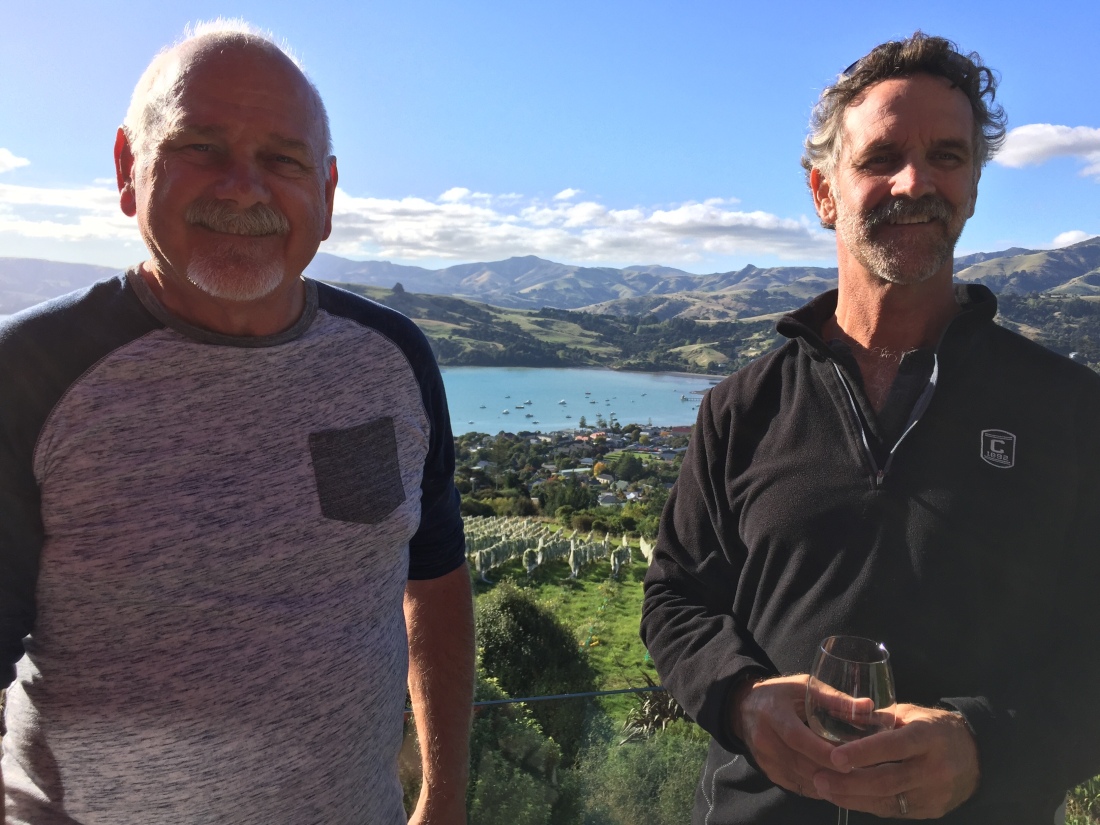 We are on the deck overlooking the vineyard, bay and village, in the distance.

This small group tour was one of the more memorable that we have taken. As a bonus, proceeds from the tour support a local conservation and support group for the Korora Penguins. Joey’s Mother founded this organization to support habitat for the penguins and eradicate non native predators that had depleted the colony. She has been honored by international conservation groups for her work. Check out http://www.pohatu.co.nz for more info.

We returned to the ship on the last tender very satisfied that we had chosen this particular tour for our day in Akaroa.

One thought on “Akaroa, Lunch in the Village and Wine tasting Tour”