Friday was still a little wet, with lingering showers from the overnight rains. We decided to have breakfast out and walked 15 minutes to a restaurant called Three Williams.

I wondered about the origins of the name and after a little research found that the name honors three men named William, who were important to the development of the area, William Redfern, who the town was named after, William Chippendale, namesake of the neighboring suburb and William Hutchinson, who was a prisoner transported from London in 1799. He became a successful businessman and public servant.

But, today there was, at the very least, a fourth William in the house. I usually do not post pictures of food. Today I have made an exception. 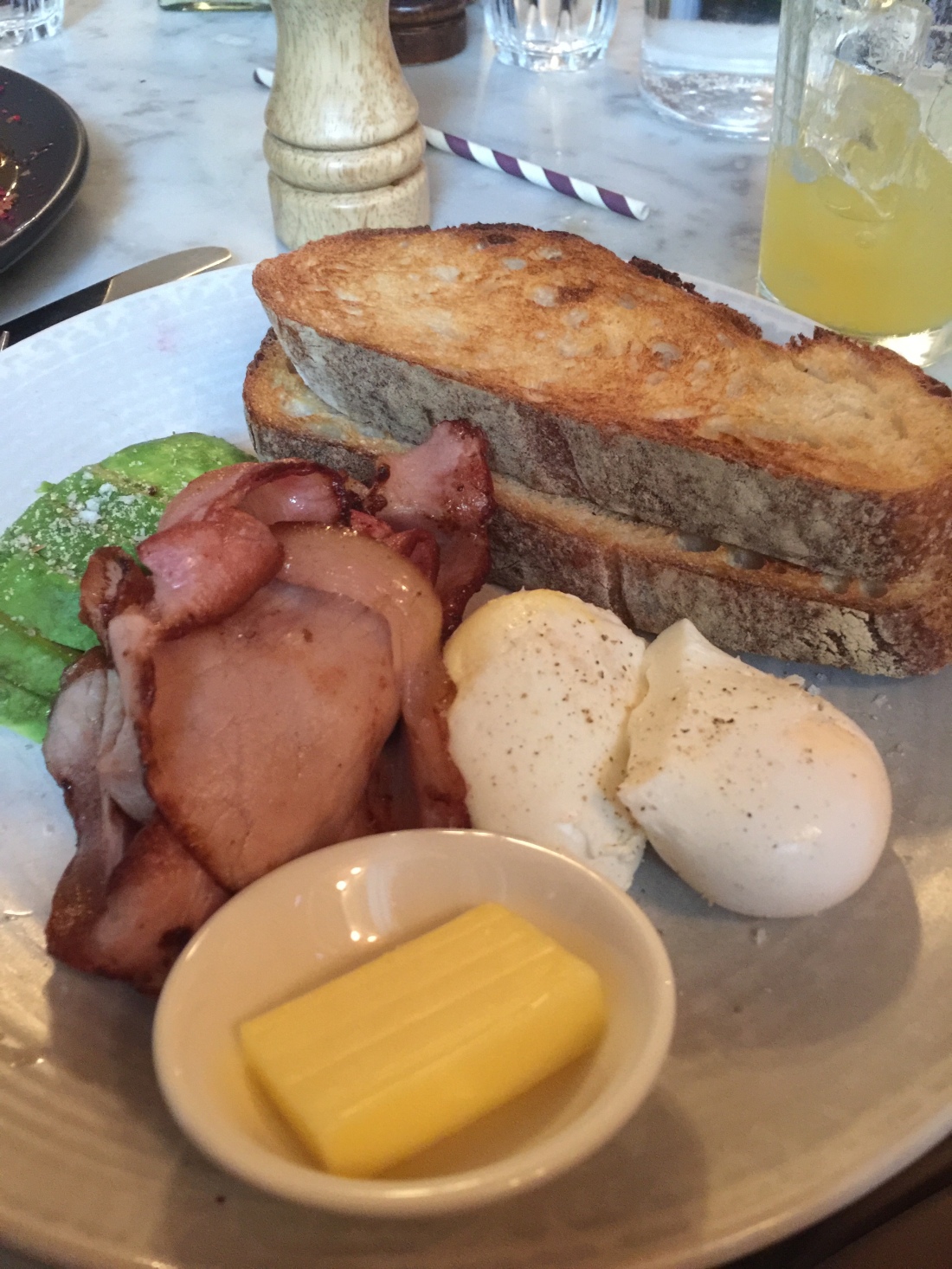 My meal, a simple , poached eggs with sourdough toast, bacon and avocado was very well presented and tasty. But Bill’s breakfast was extraordinary. 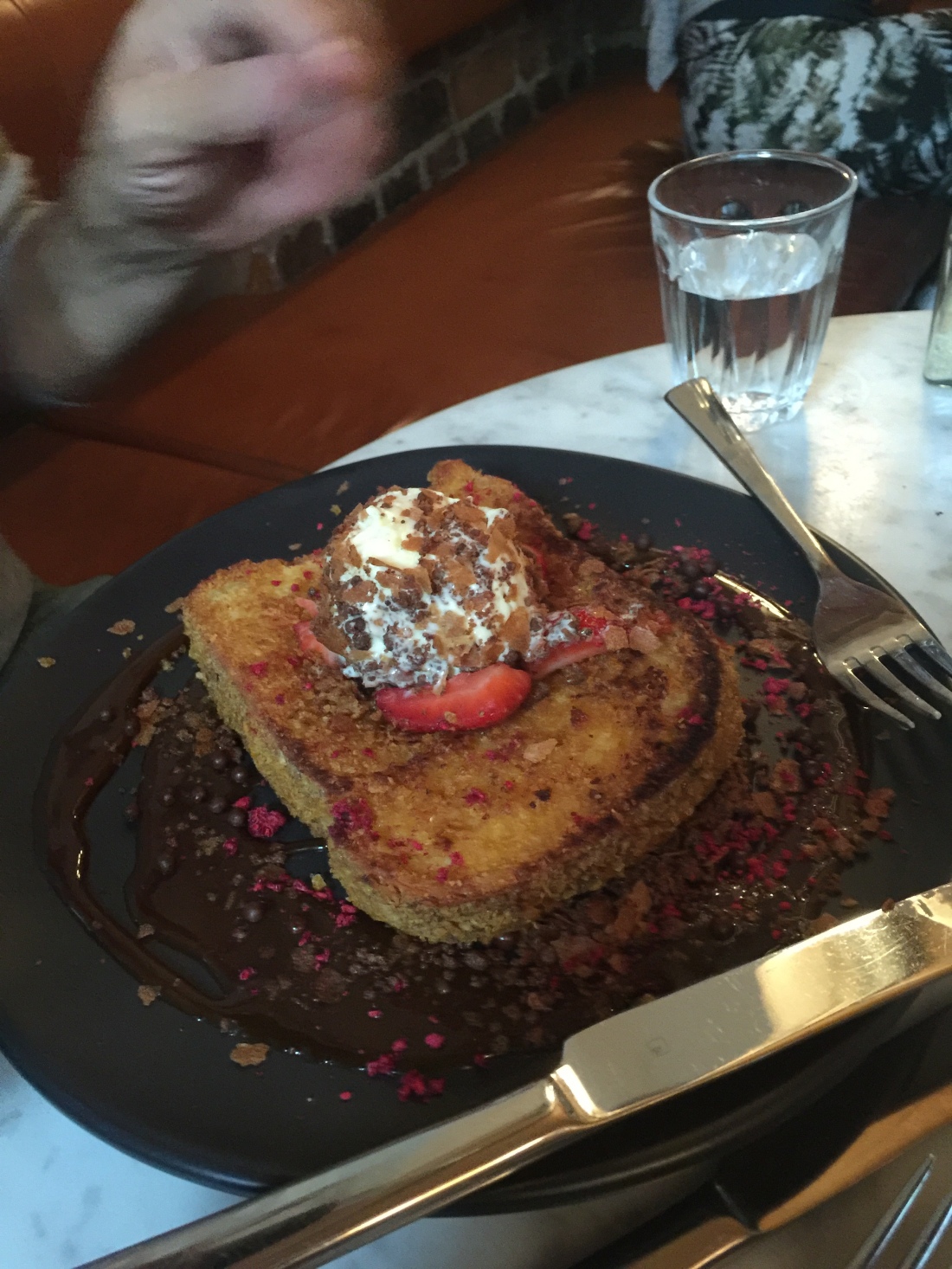 This brioche French toast was topped with house churned vanilla ice cream, encrusted with toffee shavings and caramel/toffee sauce. The combination of the sweet and crunchy made for one of the best French Toast that either of us have had. Yes, Bill shared with me.

After breakfast, we returned to the flat and let the lingering rains move on before heading out to Sydney Olympic Park, home to the 2000 Olympic Games. We took the train with our bikes,from Redfern to Lidcombe. From there is was a short bike to Olympic Park.

With over 35 KM of bike/walking trails, we didn’t have time to do it all, but we completed the River Heritage Circuit and parts of the Olympic Circuit. Some parts were closed for preparations for the Easter celebration later this month.

We rode the path to the end along the Parramatta River.

And had Curry Chicken at a stand in the Blaxland Riverside Park, which is a well developed area for children to play. On this overcast weekday, it was almost empty, but we can imagine how it might be on a sunny weekend.

On the Olympic Circuit, we passed the ANZ Stadium, commonly known as Sydney Olympic Stadium. 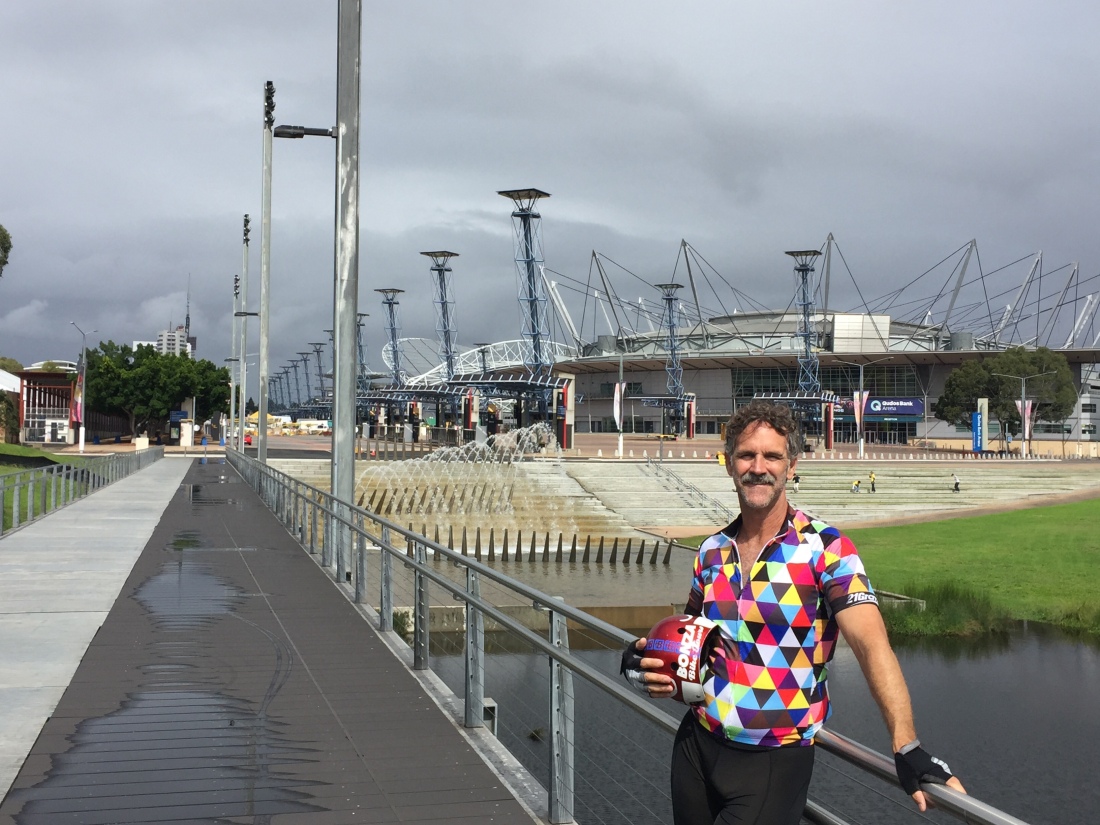 Here in the background is the stadium and arena area of Olympic Park. we then rode the short distance back to the train station and headed back to the flat.

Later that evening, we went back to the GDR bar and afterwards out to a small wood fired pizza restaurant nearby, called La Coppola. Our pizza was tasty and well prepared. Bill had an Australian style Caprese, with a big round ball of Bufala Mozzarella, surrounded by halved cherry tomatoes, basil and olive oil. I could not resist the special fig salad, with quartered figs, a round of burrata and topped with a little sweet sauce, basil and nuts. It was delicious and since Bill did not want any, I had the whole thing to myself. 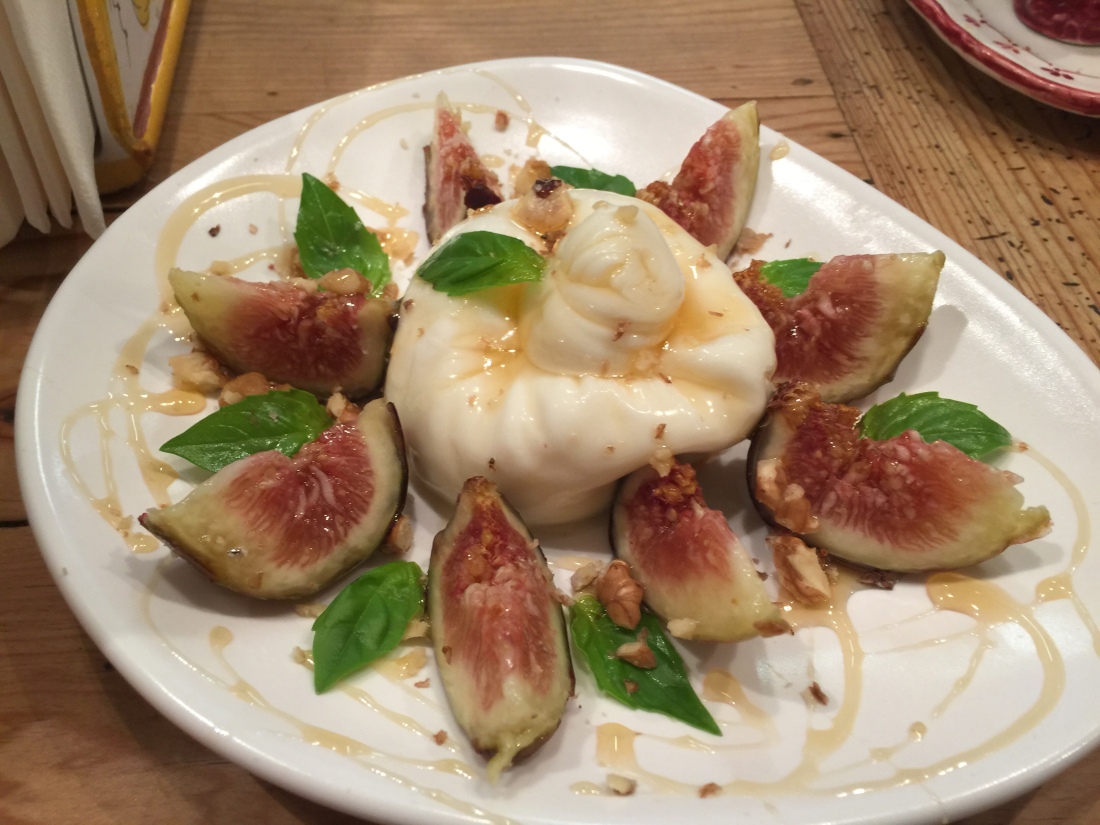 I know, enough already with food pictures. Well, we had a fun day, went to the Oxford Street area for a little while, and then to bed.

One thought on “4 Williams, Sydney Olympic Park, Pizza and Figs”