After arriving Friday afternoon, we spent a relative quiet weekend. After getting settled into our flat in Redfern, we went to the local market to pickup supplies for our 10 night stay. We are planning on eating breakfast in most days and dinners, some in and some out.

This weekend, we did just that. On Friday night, we went to a restaurant called Continental. It had a variety of European dishes. I had a very nicely done Bratwurst, with mashed and sauerkraut. Bill had a pork cutlet with red cabbage. Both well prepared.

We did have to wait in the bar, called GDR. I was amused by the name. That is the English abbreviation for German Democratic Republic, commonly known as East Germany. Apparently, I was thinking too seriously. GDR stands for Gunther’s Dining Room. Gunther being the owner.

We spent Saturday getting to know our neighborhood and I made spaghetti with Italian sausage for dinner.

On Sunday, we picked up the bikes we are renting for the week and rode a nice 12 mile ride around some of the harbor. At times the ride was difficult, having to dodge, pedestrians, skate boarders and dogs. We did see quite a few riders on High Wheel Bikes, also known as Penny Farthing bikes. I will try to get a picture.

Here is our bike route.

Although we did not take many pictures, here are a couple. Today we are going to ride to the Sydney Opera House and the across the Sydney Harbor Bridge. We will do better! 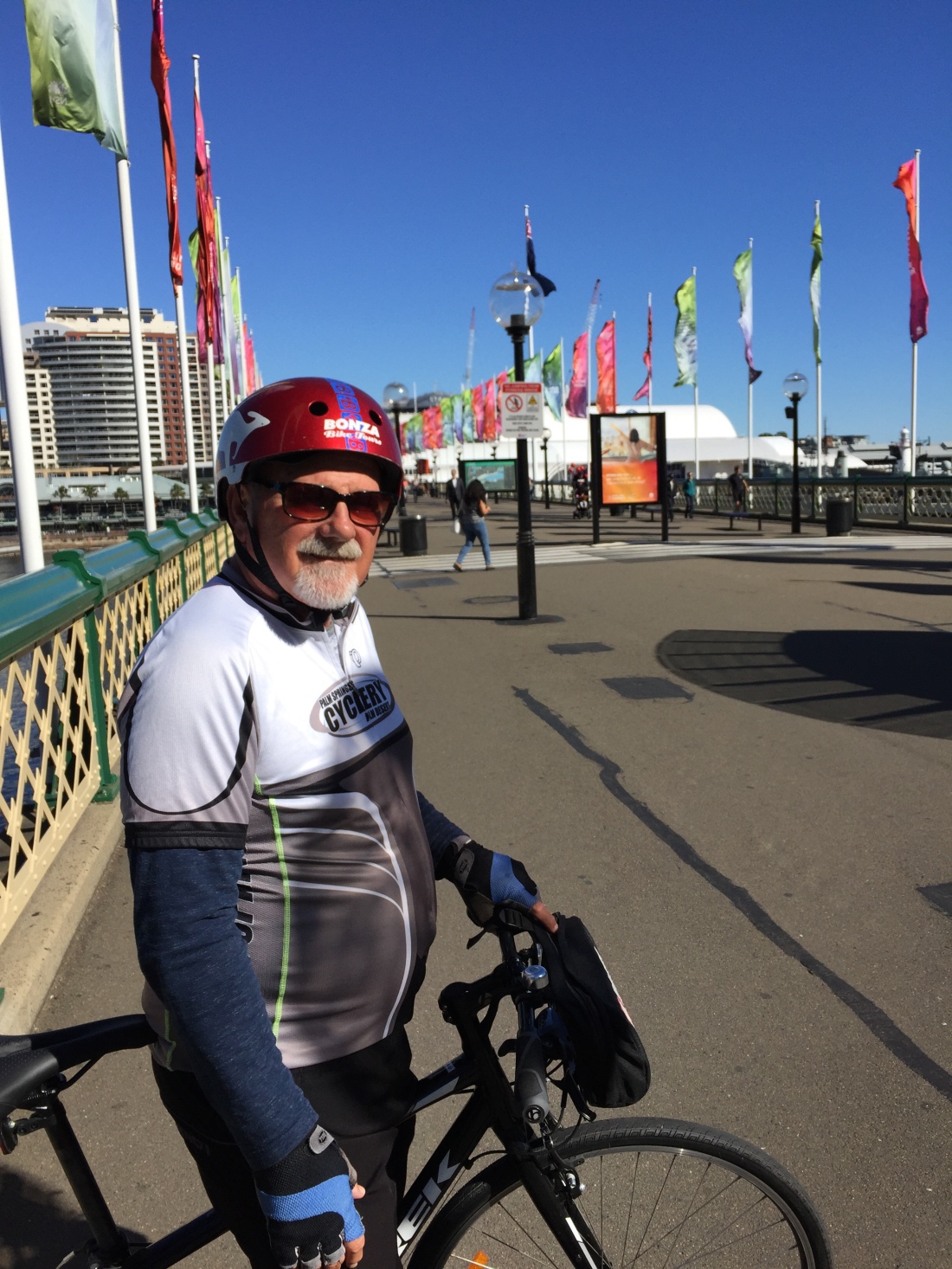 I have to somehow find a way not to look so stupid when taking selfies!

After biking , we went to Infinity Bakery, known for their meat pies. We each ordered Chicken and Mushrooms and I also ordered Mincemeat and Eggplant and Bill had Pepper steak. All were quite yummy, although, eating two pies each, was probably a little much. So much, that dinner last night, was tomato soup. We were both still full from lunch, and of course, from the couple pints of beer, we drank to wash the pies down.