On Thursday, our last full day on Fiji, we drove about an hour south of our resort to Cuvu Beach (pronounced Thuvu). We had an excursion booked in the afternoon, but we drove down in the morning to make sure we knew exactly where is was located. Our plan was to check out the little town and have lunch.

As we were driving by we noticed the entrance to Shangri La. we decided to check out the resort and have lunch there. We were given a tour of the property, had a nice lunch at the beach restaurant. Afterward we drove back to our checkin point for the excursion. 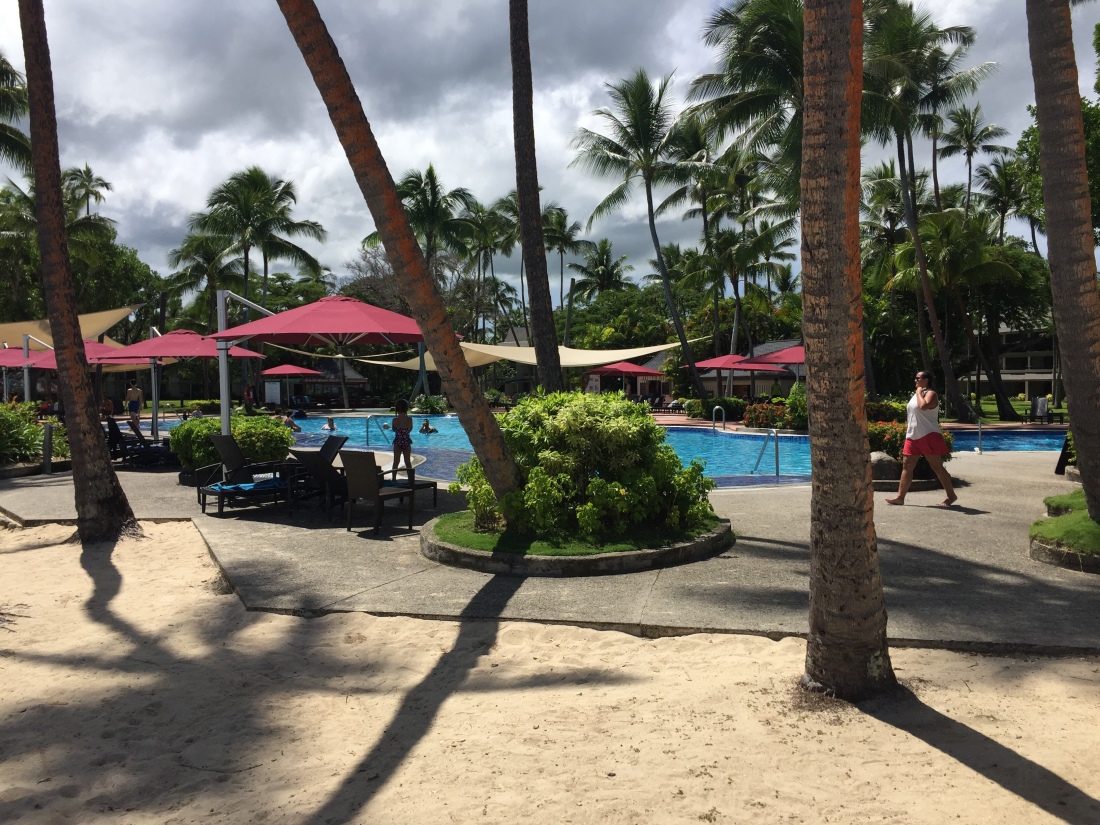 This is one of the pools at Shangri La. As we were walking around there was a table where they were making hair rolls. I grinned, took my cap off and asked, “what do you think you can do for me?” The young woman quickly responded. “Lots of super glue and even more extensions.” Well, I decided to pass on that.

There were some beautiful cloud formations. We tried to capture one in pictures.

Then we drove the short distance to the other side of the bay to Ecotrax. Here is our bike for the afternoon. 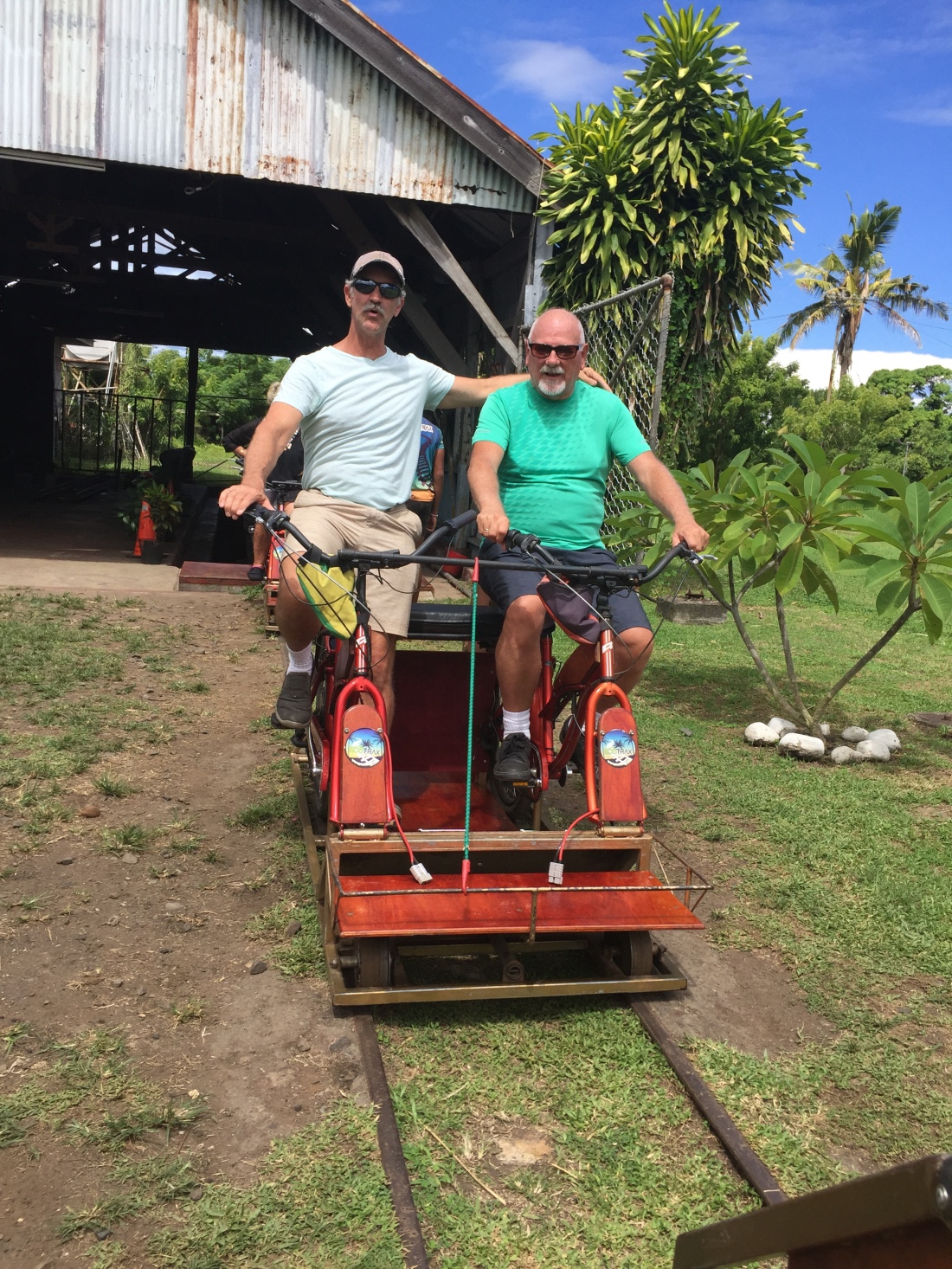 These are old sugar cane cars on a 11 KM section, modified to use two bicycles as propulsion along the old cane train narrow gage track.

While we were checking in, Bill made a new friend. 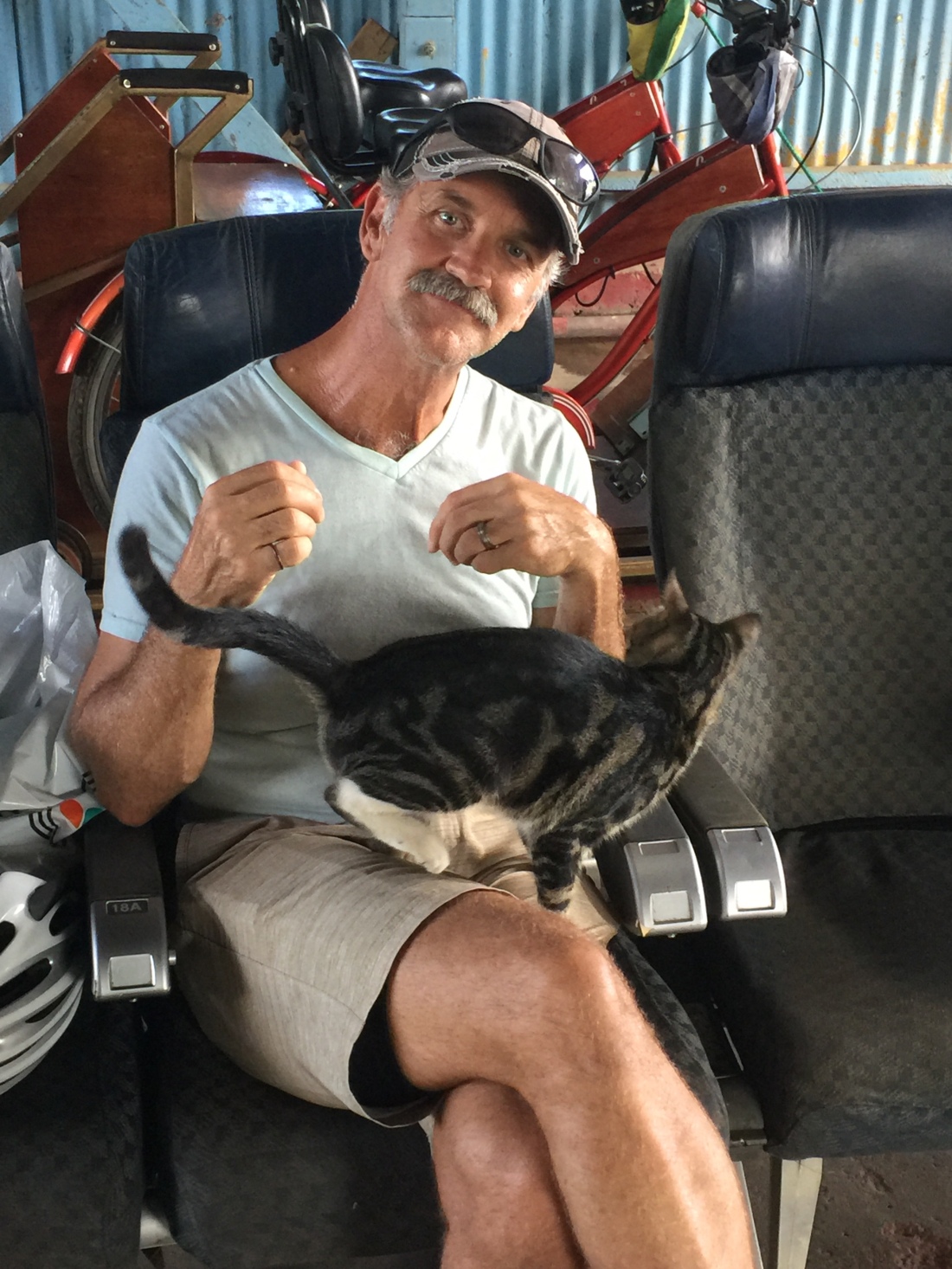 There were six cars used for the group. We were in the last on the way out and first returning. We had the extra weight of the tour guide and her gear, but we also had pedal assist, if needed. 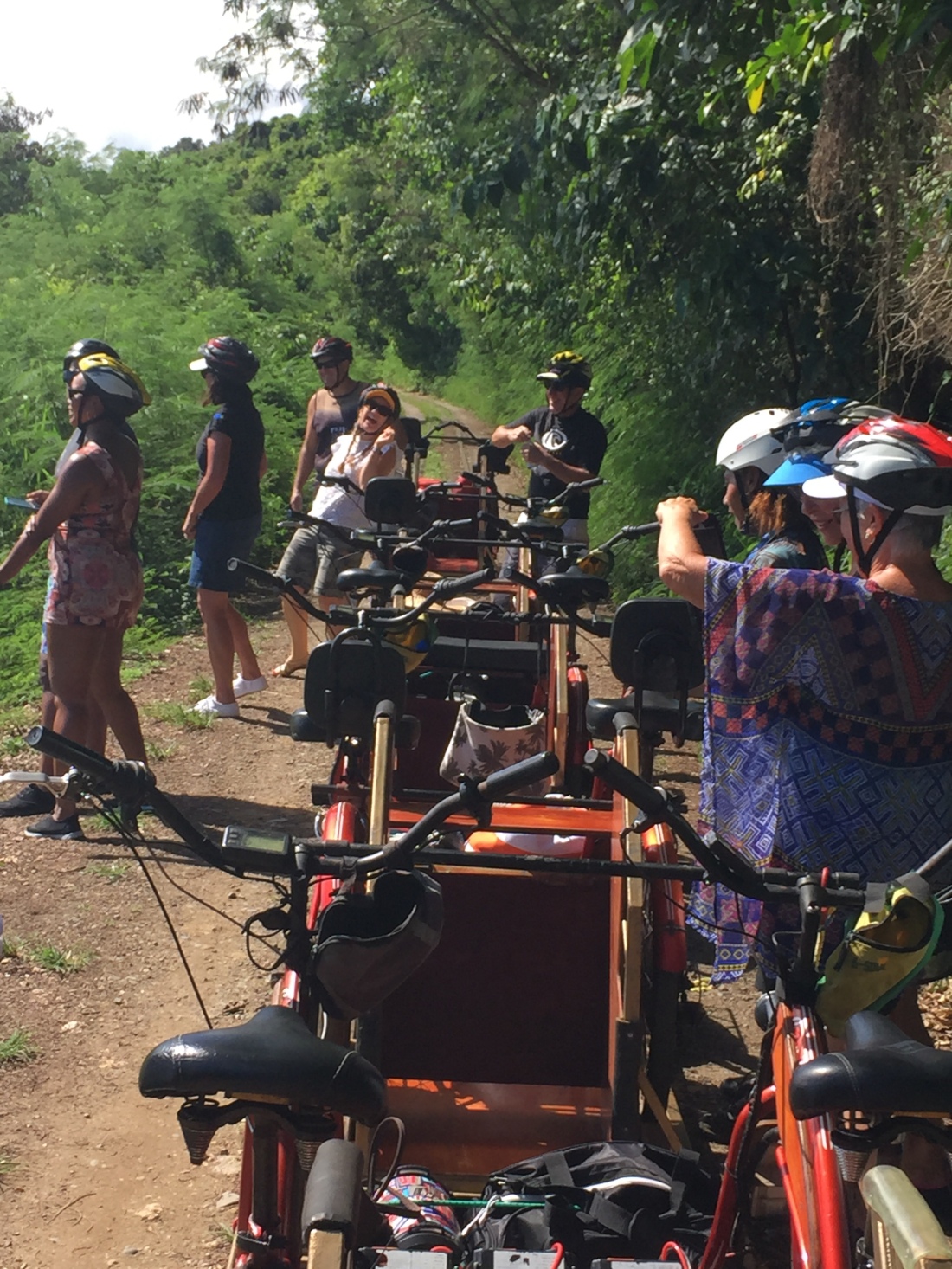 This was a stop along the way. Brittany, the tour guide, told a series of jokes, none of which I can remember. I do remember thinking, this would have been a lot more interesting in the shade! 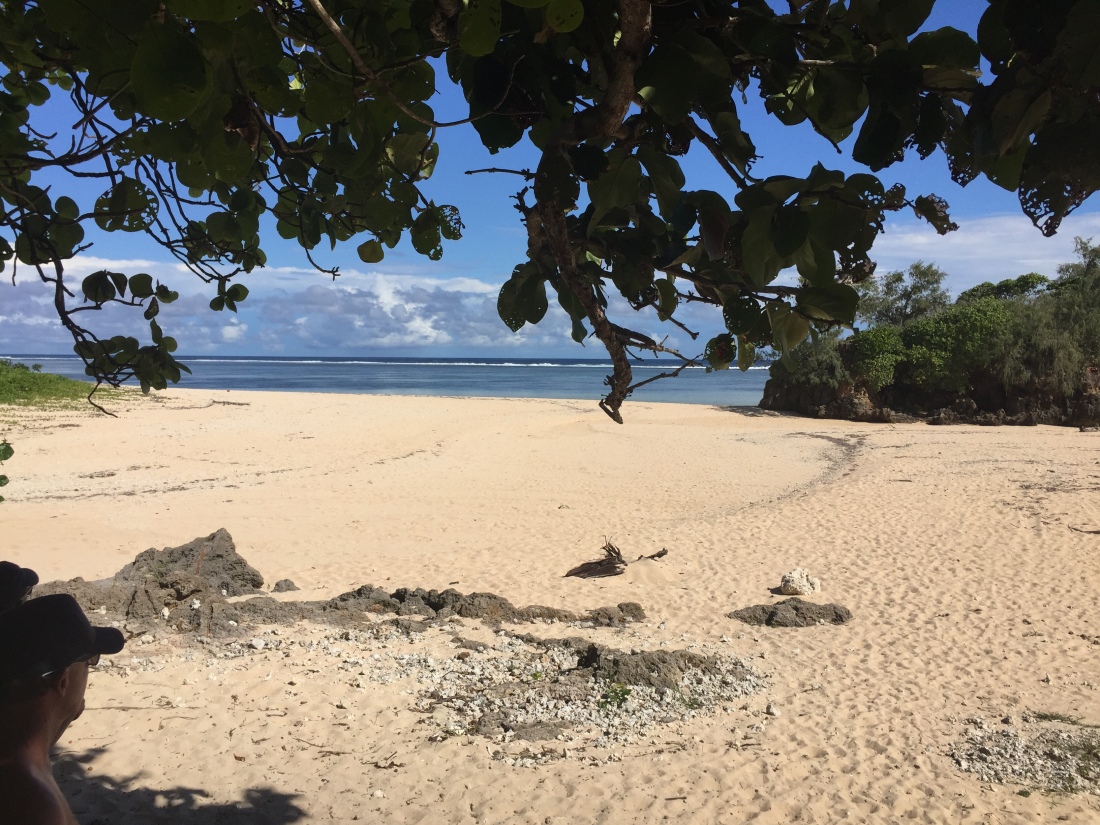 But, in the end, we were rewarded with an hour at this beautiful beach. We swam or waded in the almost bath temperature water. Brittany and Dolly served us fresh tropical fruits, which they had purchased at a village along the route.

They even had a coconut with two straws for each couple.

Here is Dolly, taking a selfie with Brittany, Bill and me in the background

After 4 beautiful days in Fiji, were prepared to depart for Sydney. We had a great dinner at the Marina at Indigo Indian Asian Restaurant, right along the water front. It was a fitting end to our Fijian experience. Bill and I were both impressed by both the natural beauty of Fiji and the genuine warmth of the Fijian people. We hope to return.

Here we are nice and settled into our business class seats on Fiji Airways Flt 911. Couldn’t they find another number to use?

We now have 10 days in Sydney before the cruise. We plan on renting bikes and exploring Sydney by bike. We also, plan on utilizing our kitchen, to prepare some meals in. I may not post every day, but I will check in several times during our stay.